What the article below does is to describe Ritalin and it’s pitfalls.

An organisation however: CogniTune, LLC – “Smarter Health” is drawing much-needed awareness to safer and healthier remedies for ADHD. Adderall and prescription ADHD medications can be highly dangerous if abused. “These stimulants have many adverse side effects and are known to be quite harmful to children despite being FDA approved.”

Since Adderall abuse has grown to epidemic levels, “our research team has compiled an article about the best all-natural alternatives to Adderall; https://www.cognitune.com/best-natural-adderall-alternatives/ Please refer to this article, in conjunction with the description of Ritalin and it’s dangers.”

Ritalin, it’s side effects and dangers are described below

A woman who tried Ritalin (unprescribed) described the effect it had on her. She asked not to be named:

“It’s the new ‘it’ drug. My son had taken Ritalin for a few years. There were a few tablets left and it was school holidays. My friend, a psychologist, admitted she had popped Ritalin when she was cramming for her exams. lf it was prescribed how could it be dangerous?

I had a big project coming up and lately I had been so distracted I did not know where to focus. I would sit at work eyeing my computer not knowing where to start. I decided that taking a Ritalin would not kill me and might save my job. I took one tablet and it did not cause a huge reaction but I did notice my productivity levels increased dramatically.

I had swept through half my tasks by mid-morning and I was easily able to focus on the tasks at hand. But I was excessively thirsty and had to drink a glass or two of water. By the end of the day I felt as if my brain had literally been squeezed. I had been working at full capacity all day and now my brain was tired and I noticed I was very cranky and irritated with the kids at home. That evening I had a huge headache and went to bed with a few pain tablets. I don’t like the feeling at the end of the day, and probably won’t take it again”.

A man describes how Ritalin can work properly in adults. He asked not to be named:

“I only realised after taking Ritalin that I had spent much of my life not even knowing the meaning of the word ‘focus”. Unable to read a book from cover to cover – God knows how I got through matric! – I became a master at taking shortcuts of all different kinds. What was odd, and frustrating, was that I knew I had the intellect but never the capacity to achieve things.

On Ritalin, which I took for the first time in my forties, I became amazed at my capacity to get through heavy workloads as well as speak, write and debate more clearly, without internal and invisible distractions constantly clouding my thinking. It only lasts a while and it’s important to manage carefully because during the ‘coming down’ time of about half-an-hour, one is as unfocused as one was focused during the ‘trip’. Anything can blurt out your mouth.

I have had slight headaches that I attribute to Ritalin. I have also found that if I take it too much over a long period, I can still feel high when I am not on a ‘trip’!”

Described by holidaying students as the ‘drug of South Africa’

Pietermaritzburg is earning a name for its nightclub narcotics culture. Minutes into a conversation with a nightclub regular, ‘shnaafing’ or ‘tripping’ are bound to arise. “Ritalin is one of the big ones”, reveals a local student. “Some people just take it and then drink to get really messed up, but there are others who schnaaf it”.

From suburban house parties to the bathroom stalls of dingy clubs, line upon Iine of ground Ritalin is being insufflated – snorted, or ‘schnaafed’ – by the city’s youth. Also sold as ‘Concerta’, the schedule six prescription medication is not stolen or acquired from forged prescriptions. Rather, students with legitimate prescriptions are selling their medication, which dealers quickly distribute among recreational users. With pills ranging in strength from 10 mg (sold for R10 to R20) to 80 mg (sold for R40 to R50), dealers can make a tidy sum, according to sources who asked not to be named.

Acute among those just out of school, the prevalence of recreational drug use is not news to clubbers. “Pietermaritzburg is like the biggest drug hub around at the moment,” says another student. Scrolling through his cell phone, he can list several possible suppliers for ‘vitamin R’, one of the names under which Ritalin is sold.

Bizarrely, in light of its wide distribution amongst children, Methylphenidate has a similar effect on the brain as Cocaine. Taken in pill form, Ritalin is released slowly and is safe, but when snorted, the speed of release and intensity of effect is like that of cocaine, according to the U.S. Department of Justice Ritalin Abuse Handbook. According to Durban psychiatrist Dr Antoinette Slavova, what dealers sell as a by-product of the high are the myriad consequences of Ritalin abuse, including ‘elevated heart rate, torn nasal passages violent outbursts and psychosis’ in the short-term, and ‘impotence, heart attack, seizure and death’ if abuse continues.

Pietermaritzburg police, it appears, are aware of the local drug culture. Spokesperson Joey Jeevan says that local officers are ‘aware of the situation (of drug abuse in clubs)”. “No arrests have been made yet (in connection with drug-dealing), but we are following-up on information”. Local club management was unwilling to comment.

A long-time campus health practitioner at Stellenbosch University, Dr Craig Thompson, says that students who snort Ritalin “have (probably) already attempted other recreational drugs, and are most likely already addicted to something or other”.

This assumption of prior abuse is at odds with the account of a young female student interviewed. Due to its accessibility, and the fact that Ritalin seems ‘not as hardcore’ as what she terms ‘real drugs’ (illegal narcotics), Ritalin is for her a perfect ‘gateway drug’.

The alarming logic that availability at pharmacies and prevalence of use equate with safety is not unique. Thompson concludes that substance abuse is “a scourge of modern times”. He notes that although services should be geared at assisting abusers, practically “this is not always easy” as the onus of treating substance abuse is more on the sufferer than on those offering help. Of all the users interviewed, only one mentioned that he found his Ritalin habit problematic, citing mood swings and memory loss as “pretty sh*t”. But he said he would seek counseling only if his use got “out of hand”.

With the SA National Council on Alcoholism and Drug Dependence, SANCA and several private rehab services offering counseling and support for students wanting help, the prevalence is not due to the lack of support for users looking to quit.

Riverview Manor Rehabilitation Centre clinical psychologist Catherine van Rensburg reports incidents of Ritalin abuse among school-age patients. “We have perceived a trend in use among scholars who use before exams and then it snowballs from there” she says.

WHAT CAN PARENTS DO

A specialist addiction counselor with Drug Rehabilitation South Africa, Justin Villiers, says the first step involves spotting the signs. drug abuse in general, and Ritalin abuse in particular, can be identified by the following signs:

lf parents observe any of the above signs, Villiers advises they seek professional help immediately:

SANCA, (SA National Council on Alcoholism and Drug Dependence) drug rehabs and Narcotics Anonymous all offer an addictions assessment. This is the first port of call for any parent who thinks their child is abusing drugs.

We do recover addictions assessment 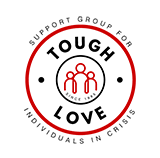